I spend at least an hour or two every day conversing with or using various cutting-edge AI tools.

You should speak to people more, Z.

If I did, I wouldn't be able to tell you about this and level up your AI game, would I?

Thing 1 - Unlocking the potential of ChatGPT: From n00b to elite

Most people I know who've tried using ChatGPT are stuck in beginner mode.

And despite the freakish growth and capabilities, you might not have tried it. 😱

Congrats, now you're at the level of 95% (yay for fake stats) of people out there.

How does it even work?

You don't need to know how a car works to drive it, but it sure helps to understand RPMs, clutch, breaks, and gears - if you wanted to get more performance out of it.

ChatGPT isn't magic - even if it feels like it sometimes.

How does it work so well then? It read a lot of text many times.

From n00b to elite

Some obvious non-obvious ways to use it include...

prompts.chat is designed to provide an enhanced UX when working with prompts. With just a few clicks, you can easily edit and copy the prompts on the site to fit your specific needs and preferences. The copy button will copy the prompt exactly as you have edited it.

It was supposed to be a smooth, short flight.

Juliane found herself outside of her plane, still strapped to her seat, 10 000 feet (3 km) above the ground, plummeting towards Earth.

"I was outside, in the open air. I hadn't left the plane; the plane had left me." - Juliane Koepcke

Just imaging you're 17 and just fell from the sky into a jungle...

Juliane survived the fall from the plane without a parachute.

But like that wasn't enough, she spent 11 days in the rainforest. Dressed in a torn sleeveless mini-dress and one sandal, with a broken collarbone, calf gash, and a concussion.

Here's the story in her own words.

Thing 3 - The paradox of difficulty

You're riding a bike. You're pedaling as hard as you can to go as fast as you can. But you're also holding the brake with all your might.

Doesn't make sense, does it? Yet you do this with so many other things in life.

What else do you make difficult for yourself by being afraid?

Get quick ChatGPT answers from any website with just a keyboard shortcut! Nvidia Broadcast releases eye contact technology that enhances your video calls. Let go of the limit-denying fantasy of getting it all done and focus on the few things that count. 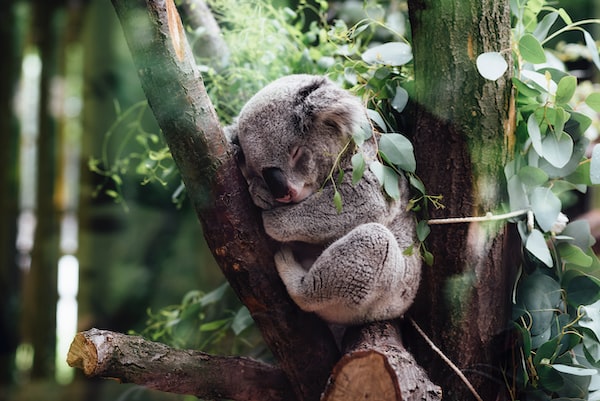 Are you feeling overwhelmed and in need of a boost? Try this easy neuroscience trick to feel refreshed and more alert. Also some good news from 2022 to brighten your day, and more...